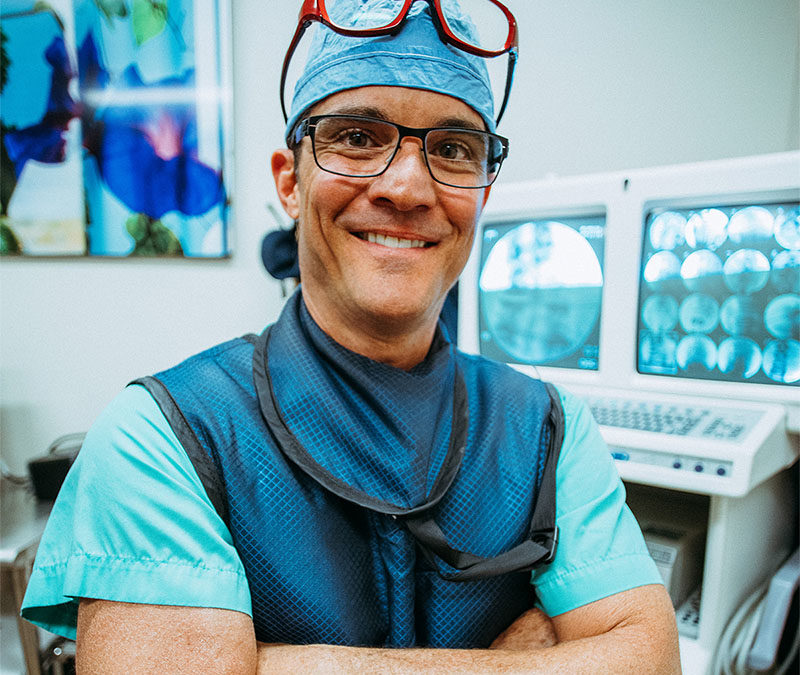 Have you ever had those moments in life when you just “know”? Those moments when you say to yourself, “Wow, this is huge…life-changing, this-is-it kind of huge.”

There have been a few times in my life when that has happened to me. First, when met Dr. Rick Marinelli and was treated with prolotherapy. Second, when I met my wife Indira. Third, when I heard about VSELs.

Very Small Embryonic-Like stem cells (aka VSELs or V-Cell) were first identified in 2005. As their name implies, they are very small cells, slightly smaller than red blood cells.

A VSEL has a large nucleus with a thin edge of cytoplasm, which contains spherical mitochondria. This type of mitochondria is characteristic of early-development cells.

This characteristic is what makes VSELs so beneficial. Typically, early-development stem cells are quite primitive, like those found in controversial (and, by the way, illegal) embryonic stem cells. What makes primitive stem cells so incredible is they have the ability to take on any role in the body by becoming specialized cells forming the brain, heart, lungs, and every other part of the body. This process is known as differentiation.

This is also what makes primitive stem cells problematic. Because they start out as undifferentiated, when transplanted, they can very quickly form large benign tumors called teratomas.1 These teratomas are grotesque-looking balls of hair and teeth (gross!).

However, while VSELs may share key characteristics with primitive stem cells, they are found in fully formed adult tissues, namely bone marrow. Sounds crazy, I know. Let me explain.

Researchers suggest that VSELs are formed and laid down in the marrow during an early process of embryonic development known as gastrulation, when the embryo changes from a single layer of cells (blastula) to multiple layers of cells (gastrula).2 While the rest of the embryo goes on to develop into a beautiful bouncing boy or girl, those VSELs hibernate in the marrow, just as fresh and vibrant as the day they were formed. As such, they play a critical role in the turnover of tissue-specific stem cells.2

Combine this with the fact that because VSELs are so small, they can cross the blood-brain barrier and travel to places in the body where other stem cells are too large to go, and you have a mighty powerful healing source in a very small cell.

VSELs and the Stem Cell Hierarchy

One of the keys to VSELs’ promise when it comes to health lies in their place in the stem cell hierarchy. In much the same way apes gave way to the Neanderthal, who gave way to Cro-Magnons, who are the closest relative to the modern man, stem cells also follow a hierarchy.

Mesenchymal stem cells exert the “paracrine effect” (or “paracrine signaling”), which recognizes and communicates with damaged cells to go into healing mode. However, the downside of mesenchymal stem cells is they are far enough down the hierarchy that they don’t tend to differentiate when you use them therapeutically. In other words, they don’t “turn into” the cells in different parts of the body (i.e. the cells is an intervertebral disc for example). They can improve the health of the cells there, but they aren’t going to turn into those cells because they are too far down the hierarchical stem cell tree.

Because VSELs lie between embryonic stem cells (which are too primitive, tumorigenic, and, not to mention, totally illegal to use) and mesenchymal cells (not primitive enough), VSELs provide the perfect bridge for regenerative medicine.

They are just primitive enough to differentiate into target tissues, but not so primitive that they are unstable, making them pure nirvana for stem cell medicine.

VSELs have been shown to move into the peripheral bloodstream during times of stress or because of injury,2 suggesting that these “primitive” cells are playing a modern-day role in health. As such, much of the research surrounding VSELs has focused on tissue and organ regeneration. This was seen in a recent study, where researchers found that, after treatment with VSELs, rats with defective femurs showed significant bone healing in just eight weeks.3

A separate study looked at the use of bone marrow-derived VSELs in the treatment of cardiovascular health.4 Researchers induced a heart attack in mice, then treated the animals with VSELs. They found that, within 35 days of the treatment, the mice with the VSEL therapy had improved function and less atrophy of the left ventricle. Best of all, no tumor formation was observed. Researchers concluded that their results support the potential therapeutic use of VSELs for cardiac repair.

Additionally, VSELs have also been shown to support anti-aging and longevity. One study determined that VSELs could play a “pivotal role” in the rejuvenation of adult tissues and regenerate damaged organs, pointing to the potential of these cells to “decelerate the aging process.”5 This was seen in an animal study, which found that a greater number of VSELs in mice are in fact correlated with longevity.6

One reason VSELs are so effective at supporting longevity lies in their ability to support healthy telomeres. As I’ve discussed in a previous blog, telomeres act as a “cap” on the ends of chromosomes. They work to prevent the DNA within the chromosome from “unraveling.”

Over time, telomeres shrink and cannot protect the chromosomes. Eventually, the telomere shrinks to an unhealthy point. When that happens, your body reads that as the chromosomes being broken, and that means issues big for your body. Shortened telomere length has been associated with a long list of health conditions, including osteoarthritis, cancer, and even increased mortality.

Fortunately, your body has a system in place to support telomeres: telomerase. This enzyme has one purpose and one purpose only — to help your body replace shortened telomeres. And guess what releases telomerase? You got it…VSELs.

Studies have found that VSEL-rich bone marrow shows high telomerase activity.7-8 This means that VSELs not only release higher levels of telomerase, but they may also have the ability to make this enzyme. In fact, one study found that mice that were given VSELs treatment showed increased telomerase activity for up to six months.9

I first learned of the use of VSELs therapeutically about a year ago. However, VSELs in your blood are quiescent, meaning they are hibernating. As such, it is necessary to activate them to use them as a therapy. The only methods I could find for concentrating and activating them involved several freeze-thaw cycles, which is very time-consuming, cumbersome, and because it would mean keeping the blood overnight, presented compliance issues. I couldn’t see how to incorporate them into Docere Clinics.

Then, one Sunday afternoon, I got an unexpected call from Dave Asprey. “Harry, I want to introduce you to Dr. Todd Ovokaitys. He has developed a low-energy laser that activates VSELs, and he has the published data to prove it!”10 Dave introduced us, Dr. Todd visited my office to train us, and he invited me onto his board of advisors for his QiLaser technology… all meant to be!

I am so excited about VSELs’ potential in regenerative medicine that I’ve added them to my Full-Body Stem Cell Makeover® protocol (including the option of VSEL-only FBSCMO for people who’ve undergone FBSCMO and want a refresher). I am now using VSELs in regular, “a-la-carte” stem cell treatments (such as for low back, neck, or joint pain). We are even offering them as a standalone treatment, following Dr. Todd’s “Anti-Aging/Brain Protocol,” combined with EBO2.

The future of stem cell medicine is here, and its name is VSEL!