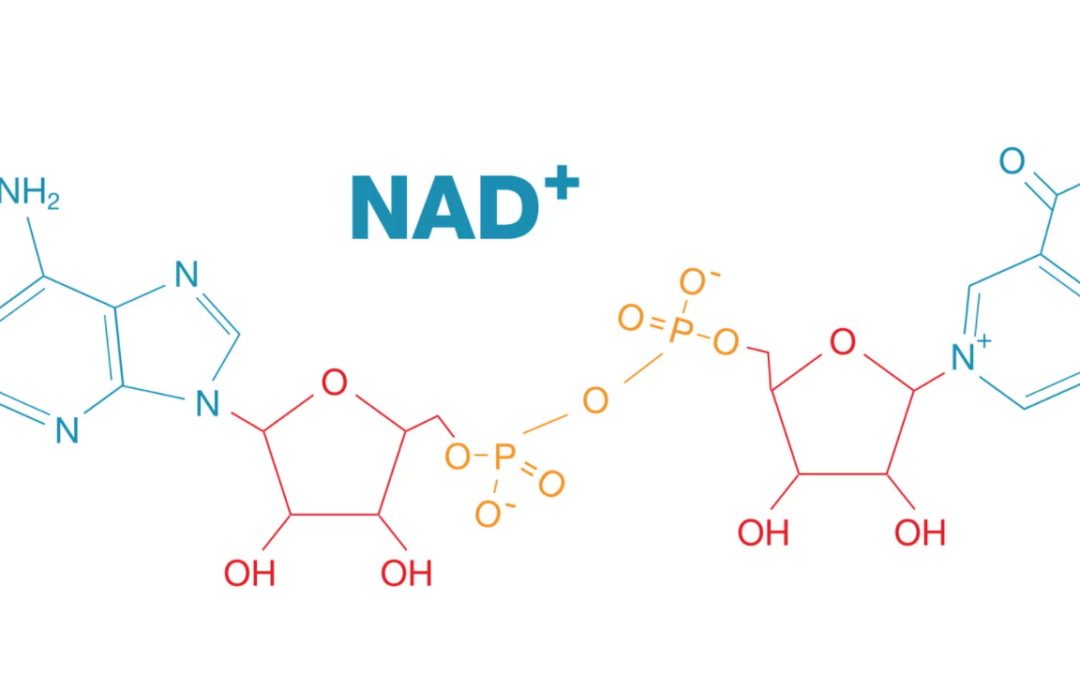 In today’s world, we are all looking for a health panacea to cure all of our woes. We want to weigh less, have more energy, improve heart health and lower blood sugar levels, and, if we could, maybe even have improved brain health.

Nicotinamide adenine dinucleotide (NAD) is a coenzyme present in every living cell in your body. It is made from the amino acid tryptophan and is chemically similar to niacin (vitamin B3). Its oxidized form is known as NAD+.

Though NAD was discovered in 1906, it has come into the spotlight in recent years due to its critical role in biological functions. Specifically, NAD is a critical cellular component.1 In fact, it is necessary for more than 500 enzymatic reactions, and plays a key role in the regulation of nearly every major biological process.2

Some of the most vital include3-5:

According to the Research…

When you look at this list, you can immediately see why researchers are so enthralled with NAD for aging. Many of the key areas of research include longevity and anti-aging, DNA repair, and conditions such as diabetes and fatty liver disease.

Other research has supported this conclusion. Two separate studies have have found that boosting NAD+ levels not only restored mitochondrial function, but also extended lifespan.7-8 A literature review had a similar conclusion, finding that the use of NAD+ was found to prolong both health- and lifespan.9

Other researcher highlights the use of NAD for DNA repair. For example, one study in particular found that NAD+ supplementation was able to reverse a specific type of DNA damage in aged mice by inhibiting one destructive enzyme from negatively impacting the actions of a critical DNA repair protein.10

When it comes to specific conditions, NAD has been shown to have a profound election glycemic control and insulin sensitivity. In one study, researchers tested the effects of increased NAD+ on prediabetic and diabetic mice. They found that NAD not only improved glucose tolerance and reduced weight gain and liver damage in the mice with prediabetes, but also greatly reduced blood glucose, weight gain, and liver concerns in mice with diabetes. It also protected against neuropathy.11

Support Your Health with NAD

There is no question that NAD is a critical nutrient for health and longevity. However, like many key compounds, natural aging — as well as stress, alcohol use, and certain medications — can deplete your stores of NAD. In fact, by the time you reach middle age, your stores of NAD are half of what they were in your youth.13 And by the time you are 80? Your levels are just 10 percent of what you had in childhood.

While certain foods such as salmon, sardines, and mushrooms are good, natural sources of NAD, supplementation appears to be your best best for boosting NAD levels. In addition to IV NAD, you can also take oral supplements. The recommended dosage is 500mg twice a day. I personally take Quicksilver Scientific NAD+, which can be found online.