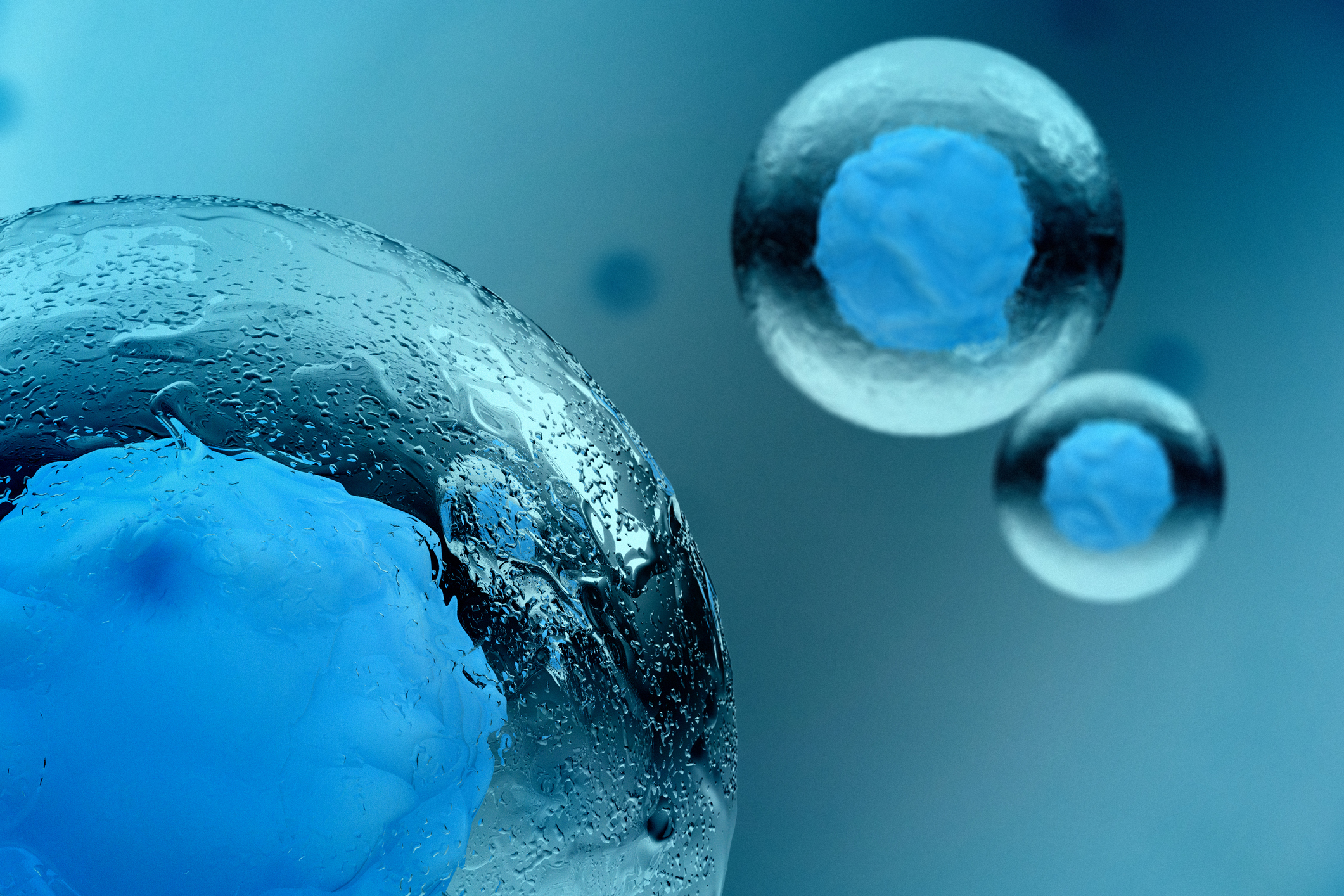 Stem cells are the seeds of all biological life. In fact, human life begins with a single stem cell called a zygote. That single cell will multiply exponentially to eventually give rise to trillions of cells and form every system in the body.

The most primitive stem cells have the ability to take on any role in the body by becoming specialized cells forming the brain, heart, lungs and every other part of the body.  This process is known as differentiation.

After the body is fully developed, more mature stem cells take on the role of repairing damaged tissue or creating new tissue when significant damage occurs. In this way, they are essentially the raw materials used to create and maintain the health of the entire system.

There are five main categories of stem cells:

Although these types vary in potency, all stem cells have two major paths they can take in their life cycle: differentiation and self-replication.

Self-replication is when the cell makes copies of itself. This is done in tissues all over the body to build populations of stem cells for current and later use. Think of it as a bank account that your body draws from for constant maintenance and healing throughout life.  Every time stress or injury occurs, the body draws from this bank account, and the available stem cells will be released to the damaged areas.  They then either secrete signals to stimulate the tissue to repair itself or differentiate and become new cells of that tissue type to replace cells that have been lost.

When a person undergoes the aging process or consistent long-term, stress-related injury of any kind, their available stem cells are constantly having to go into differentiate mode to keep up with the accumulating damage and perpetual cell loss. Over time, this depletes the person’s bank account, as more cells being sent to differentiate than are left behind to self-replicate and keep the bank account full.

This stem cell depletion leads to accelerated aging and biological deterioration on every level. When stem cell populations get too low, you almost completely lose the ability to heal and optimize every cell in the body.

Medical Use of Stem Cells

Stem cells used in a medical setting are classified as either embryonic or adult stem cells. Contrary to most popular belief, embryonic stem cells are illegal for medical use in the United States. Most embryonic cells are harvested from in-vitro fertilization (IVF). Because these cells are extremely potent (pluripotent) and can replicate any cell type in the body. But, because they are foreign cells that are not universal, they have the potential to replicate into cancer cells or cause immune reactions when used clinically. This is why they are banned from use in the U.S.

Autologous stem cells come from the patient’s own body, which is thought to be the safest choice, because there is no risk of any adverse reactions or other side effects. Although we can extract stem cells from virtually all tissues, most physicians doing autologous treatments are using cells from either the patient’s bone marrow, fat, or peripheral blood.

Most of the cells from these areas are known as mesenchymal stem cells, or MSCs. In fact, bone marrow and fat are the richest sources of stem cells in the body, and are primarily comprised of MSCs.

Unlike embryonic stem cells that can become any cell type in the body, MSCs primarily work by seeking out areas of damage and secreting signals that stimulate cells to repair themselves. This process is known as paracrine signaling. Although they are not as potent as younger stem cells, MSCs have been shown to be very effective clinically.1

Allogeneic stem cells come from a donor. The main reason to go this route is to obtain younger, healthier cells. While these stem cells are also MSCs, the fact that they come from a younger source renders the cells more potent than most cells found in an adult patient’s tissues.1

In the U.S., allogeneic stem cells are sourced from umbilical cord and/or placenta tissues that have been harvested from healthy C-sectioned births and donated by the mothers. They are processed, purified, and screened thoroughly for every possible known infectious disease and administered to patients in the form of simple injections.

One of the newest allogeneic treatments, known as exosome therapy, does not actually contain stem cells at all. Rather, it consists of the signaling molecules (exosomes) that MSC’s use to elicit their effects in the body. As such, they contain no foreign DNA, which makes it virtually impossible for them to cause any reaction in the patient receiving them.

Stem cell therapy and treatment involves injecting live stem cells into targeted areas of the body to stimulate the regenerative process. At Docere Clinics, we use a combination of autogolous stem cells and exosomes to treat a variety of different conditions, including sports-related and overuse injuries such as torn muscles and ligaments, as well as chronic pain and arthritis.2

In fact, stem cells are being used in clinics around the world to help patients recover from many acute injuries. Individuals with everything from joint injuries to head trauma can benefit greatly from the large numbers of stem cells given intravenously or injected directly into the injury site.

Additionally, stem cell therapy can be used for general anti-aging and overall all health optimization.2 Many health-conscious individuals around the world are seeking out stem cell treatments for regenerative support, to slow the aging process, and bring their health to the next level. Many who are doing report a vast array of positive results, such as increased mental clarity, faster recovery, better sleep, increased energy, and better overall vitality.

For more information about stem cells and to learn if stem cell therapy is right for you, please visit www.docereclinics.com.