The Fountain of Youth Inside Us All 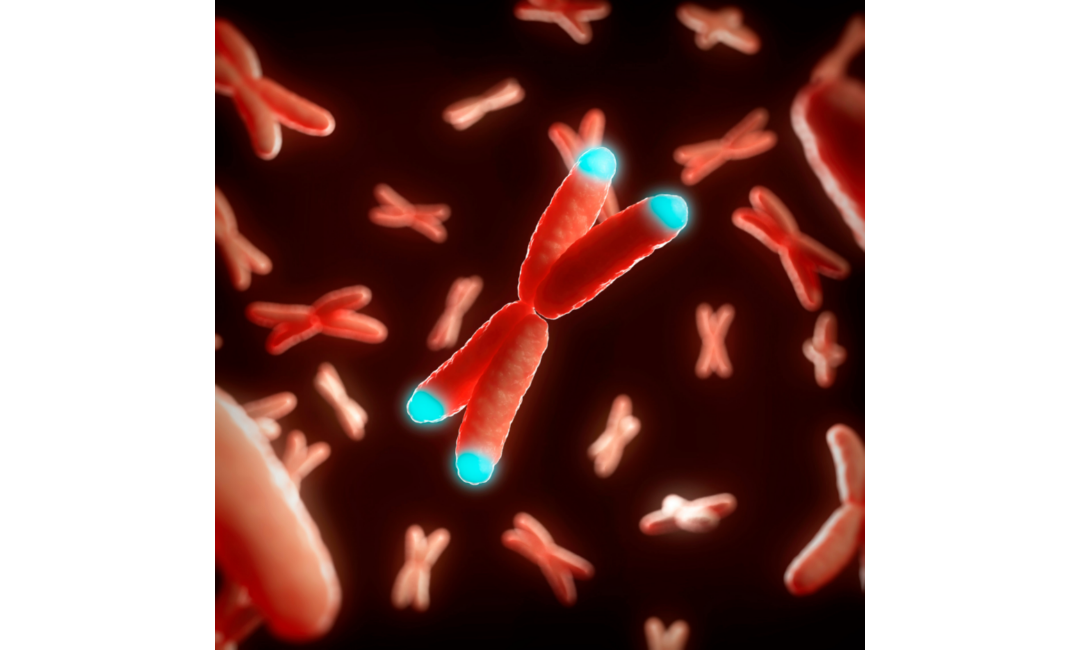 In 1513, Ponce de Leon claims to discover the “Fountain of Youth” in present-day St. Augustine, Florida. This mystical spring was thought to restore youth to anyone who drank its water.

Sadly, I am loathe to report that there is no Fountain of Youth with magical waters. But what you may not know is that the idea of restoring youth is very real — and the secret lies right inside your own body.

Telomeres: The Caps of Youth

Scientists have discovered that the big secret to health and longevity lies in a very small part of your DNA. As you know, DNA contains all of your genetic code. It determines your hair color, height, and everything else that makes you, you.

In the nucleus of each and every cell in your body, you’ll find chromosomes, which consist of a single DNA molecule. At the very tip of each and every chromosome is a “cap” if you will, called a telomere. Telomeres work to prevent the DNA within the chromosome from “unraveling”, much like an aglet at the end of a shoelace (yes, the actual term for that is “aglet”).

Like that plastic aglet, your telomeres can shrink and no longer do their job of protecting the chromosomes. In fact, every time a cell divides, telomeres shorten. However, there is a limit to how often any particular cell can continue to divide.

Eventually the telomere shrinks to an unhealthy point. When that happens, your body reads that as the chromosomes being broken. In other words, the aglet fails and the shoelace begins to unravel — and this means big trouble for your body!

Shortened telomere length has been associated with a long list of health conditions, including osteoarthritis, cancer, and even increased mortality.

One study from Denmark looked at patients who had just undergone knee replacement surgery.1 Researchers found that cells from knees with osteoarthritis have abnormally shortened telomeres. In fact, the closer to the damaged region within the knee joint, the greater the percentage of cells with ultra-short telomeres. One might postulate that the failed aglets prevented the connective tissue from regenerating.

While aging itself is the primary cause of telomere shortening, there are several lifestyle factors that can negatively impact telomere length. These include stress, excess weight, and smoking.

Psychological stress is significantly associated with shorter telomere length in cells from healthy premenopausal women.5 More specifically, women with the highest levels of perceived stress have telomeres shorter — on average by the equivalent of at least one decade of additional aging — compared to low-stress women.

The same appears to be the case in men. Researchers found that men with chronic anger had significantly shorter telomeres.6

Even children are not immune! A study from the Environmental-Risk Longitudinal Twin Study in Great Britain followed 1,100 British families with twins from the time those twins were born in the 1990s. Researchers did DNA analysis on samples collected when the twins were five and 10 years old. Extensive interviews held with the twins’ mothers determined whether the twins experienced some form of violence in their younger years, including domestic violence, frequent bullying, or physical maltreatment by an adult. The study found that twins with a history of two or more kinds of violent exposures had significantly greater telomere loss than other children.7

Not surprisingly, excess weight has been linked to shortened telomeres. Researchers found that increased body mass index, increased waist to hip ratio, and excess visceral fat accumulation are all connected to shorter telomeres.8  They hypothesize that the extra weight triggers increased oxidative stress, while visceral fat tissue produces inflammation, both of which can cause telomere shortening.8

This was also seen in the aforementioned Copenhagen study. Researchers discovered that obesity, as well as smoking, both age the body at the cellular level due to their negative effect on telomere length.3

While chronic factors such as stress and excess weight work overtime to shrink your telomeres, your body has a secret weapon of its own — telomerase.

Telomerase to the Rescue

Telomerase is an enzyme with one specific purpose: To help your body replace shortened telomeres. Without telomerase, your aglets would blow out, and as a result, your cells would stop dividing and die much more quickly. But thanks to this enzyme, each dividing cell can replace the small bits of telomeres, allowing the cell to continue dividing unbounded.

However, if you have less telomerase, or if telomerase activity is decreased, then telomere shortening will continue unabated.

Fortunately, there are several biohacks you can use to promote telomerase production and promote healthy telomeres.

First and foremost, work to reduce stress and release anger. There are a wide number of stress-relieving techniques available, such as exercise, meditation, yoga, and therapy. Find the one that works best for you and use it every day.

Second, commit to losing any excess weight you may be carrying. There are many tried-and-true biohacks that can help you immensely in this arena, including intermittent fasting and a food plan that avoids processed foods and focuses on real, whole foods. Additionally, exercise is key, as it not only supports healthy weight loss, but helps to reduce stress as well.

Third, you can use targeted nutraceuticals to offset free radicals and support telomerase production. Start with a high-quality antioxidant to reduce oxidative stress and inflammation. Vitamin C in particular has been associated with longer telomeres. Aim for at least 100 mg of vitamin C per day.

Of course, most interestingly to me, is the ability of Very Small Embryonic-Like (VSEL) stem cells to extract telomerase, encouraging cells around them to grow their telomeres!11 To learn more about VSELs, be sure to look for my next blog!